On 29 August 1848 at Jurby on the Isle of Mann, Robert Kelly and Mary Ann Clarke married and immediately after the wedding spent 4 months on the sailing ship John Woodhill to Australia. The ship berthed at Port Adelaide January 1849 and the couple lost little time in buying Sect 352 at Bald Hills, Inman Valley for 105 pounds and within a few years added another 5 sections and leased another 3 from the Crown. They called the property ‘Cornhill’.

In the mid-1850s, Robert Kelly began purchasing and consolidating land on the western Fleurieu, naming it Anacotilla Station. Robert’s son Edgar Kelly leased Anacotilla Station from his father, and took full ownership after the death of both his parents, Robert and Mary, in May 1893. Edgar farmed the land with his son Garnet Kelly, living on the property, firstly in the Cottage, and then the Homestead, with his wife Fanny, his son Garnet, and his younger children Lorna and Pearl. 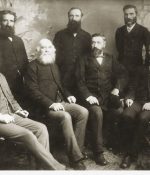 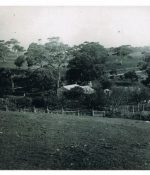 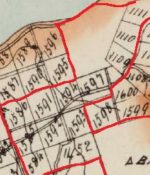 At its peak the property covered over 2,000 acres from just south of the Anacotilla River with various plots along South Road to Little Gorge in the north, and parts of the hills to the east. After the death of Garnet in WW1, Anacotilla Station was sold to Charles William Ness in 1920. The Ness family owned and expanded the station for another 90 years until its break-up into smaller parcels of land.

Our property, Anacotilla Springs, was one of ten smaller properties, which were created between 2009 and 2012 from the final break up and sale of the original Anacotilla Station.

Our neighbours Joel and Sophie of Yarnauwi Farm have gathered a great deal of information about the history of Anacotilla Station, Anacotilla: History and Hearsay.

The original cottage is still there, later known as the workers cottage, as is the grand Homestead that the Kelly’s built in 1902. In the 1940s the Homestead was severely damaged by a fire but was rebuilt again by the Ness family.