Livestock had grazed the Anacotilla River for over 100 years, resulting in erosion, compromised water quality and destruction of the understory and any saplings thrown by the beautiful River Red Gums.

One of our first tasks in restoring the waterways was to fence off all of the riparian areas, including the Anacotilla River. This meant an infrastructure of tanks, pipes and troughs had to be established to provide water for the cattle.

When we purchased the property there was an old concrete tank that had previously been gravity fed along pipes from a metre high small weir built at the very edge of the property about a kilometre upstream. Satellite photos from 2009 show the concrete tank full and green patches where it had overflowed, however it had now stopped working. I discovered the primary problem was that over the years the water had worked its way through the natural surrounding rocks bypassing the small man-made stone weir so the water level was now 100 mm below the pick up pipe.

Many attempts to find and plug up the diversion failed so I had to create a new pick-up point slightly further and higher up stream. Further work required following the pipe to each join to clear built up debris and installing air-release valves to prevent the air locks. Of course it was with huge delight when water finally, after travelling about 1.3km, started flowing into the concrete tank again. Despite the tank being in bad repair with large cracks and 150mm of silt on its floor, we wanted to continue its use as part of the heritage of the property.

In 2012 we installed our first 22kli tank in the north paddock which was going to be fed by the gravity fed pipe from the small weir.  The gravity feed system worked well for the first year to supply water to the tanks but required continual labour intensive maintenance to clear blockages and other problems. When problems occurred I had to often revert to using a fire pump from the large Weir to the tanks but this was also time consuming, labour intensive and expensive. I was eventually able to find a business in Kapunda which makes its own solar pumps that were able to meet the requirement of a high lift (120m) and make the entire water network possible.

In November 2016 our last tank of the network was installed at the top of Top Paddock which required the lift of 120m over 700m of pipe. This could only be achieved because of the new solar pump, and of course Scamp’s supervision! We now have a system of over 2km of pipes to 5 water tanks feeding 8 troughs over the 13 grazing paddocks. 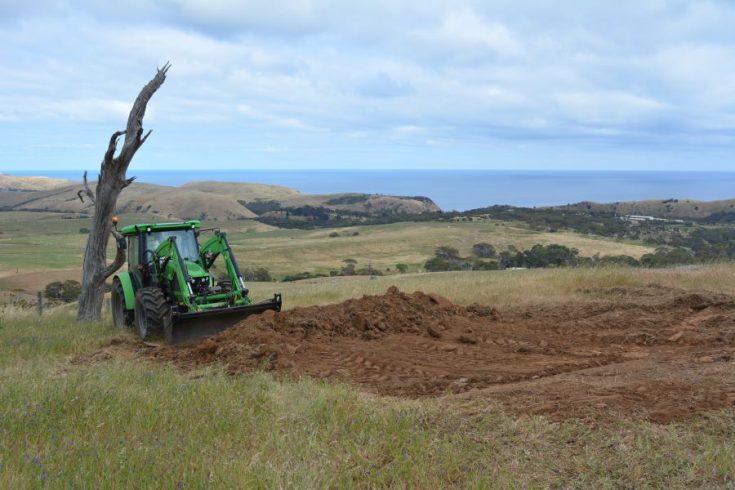 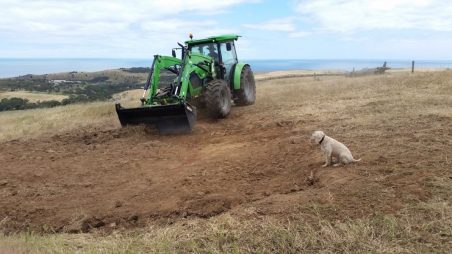 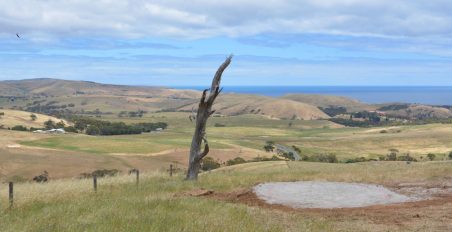 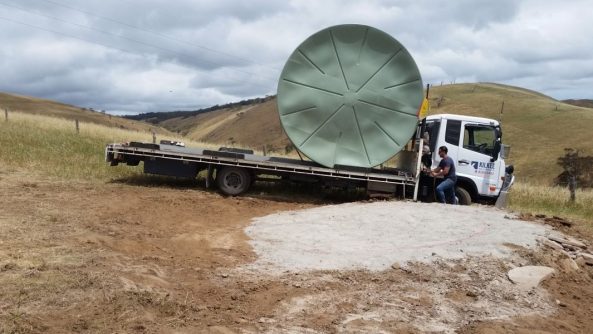 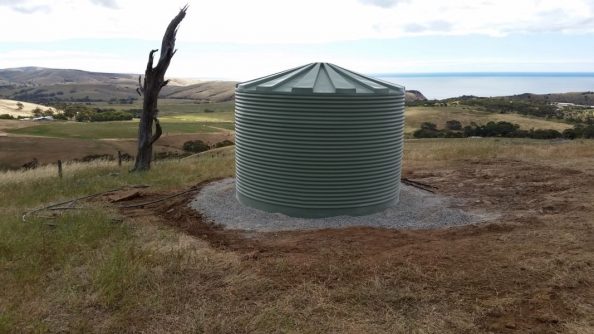