In late 2017, we proposed to the Yankalilla Council that, in association with the Yankalilla & District Historical Society, an event be held in the Heritage Fleurieu Coast Festival May 2018 to rededicate the reserve. This event took place on 12 May 2018, and included the installation of a Red Gum entry sign identifying the name of the reserve, the unveiling of six commemorative plaques and the planting of a Red Gum transplanted from the weir area of our property.

A plaque was reattached to the large commemorative rock which was placed in the Reserve for the original opening in 1983.  Three plaques were installed to honour Garnet Kelly, his engineering initiatives, military service and bequest to the community from his will. Two more plaques were also installed on the significance of the reserve to early transport with the original bullock track through the Big Gorge and the first bridge across the Yankalilla River which enabled better road transport to the south of the peninsula.

We wrote four information sheets to supplement the information on the plaques. These were printed on A2 card and laminated for display at the event and for the following six weeks: Garnet Kelly, Garnet Kelly’s Military Service, the Big Gorge Bridge and the Bullock Track.

We are pleased that as a result of this event there has been a renewed focus on the location. The Yankalilla Council, in conjunction with interested members of the community and local land owners, is developing a walk into The Great Gorge. The walk will encompass the Two Storey Inn ruins, a waterfall along the river, the picturesque gorge valley and the path of the original bullock track. 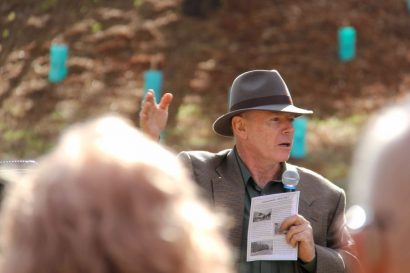 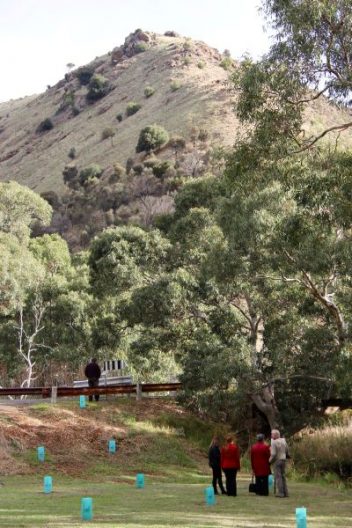 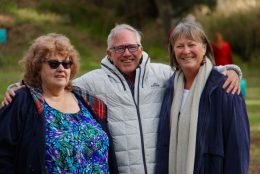 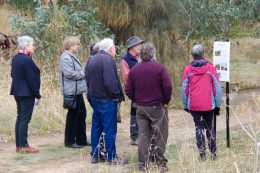 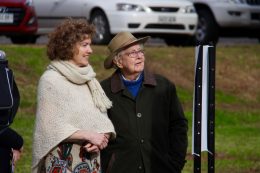 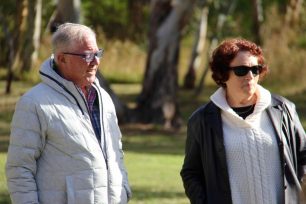 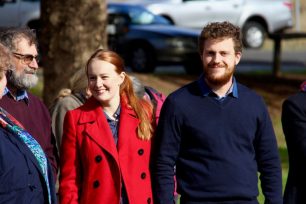